How the Marvin Gaye estate won a copyright infringement lawsuit based off music production influenced by an old Marvin Gaye is beyond me.

The song in question is the smash hit of 2013, “Blurred Lines”, written by Robin Thicke and Pharrell Williams. The Gaye estate claimed that he ripped off Marvin’s song “Give it Up”, but the two songs are clearly different. I guarantee you that this never goes to court if “Blurred Lines” wasn’t such a huge success. Sure, there are a lot of similarities in the production, but you could say that about a lot of songs out there. There are only so many ways you can flip notes. You only get 7. And the melody is completely different! That should be the only determining factor. 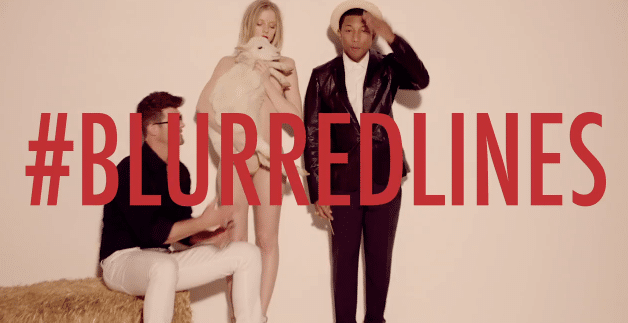 It’s horrible for music and makes me wary of the future. It could start an avalanche of  misguided lawsuits. You could start picking apart a ton of songs that have similar production influences off older songs. The first song that comes to mind is the Bruno Mars song “Locked out of Heaven”. It’s HEAVILY influenced by The Police. Everyone knows this. But it’s a DIFFERENT song, as it has a different melody.

I’m hoping the only reason the jury got this wrong was because they weren’t allowed to hear the two songs side by side and compare. I guarantee you if you had a couple of musicians as jurors on there, there is no way Robin Thicke and Pharrell lose this lawsuit.

Below is a  link that plays the songs side by side. You be the judge