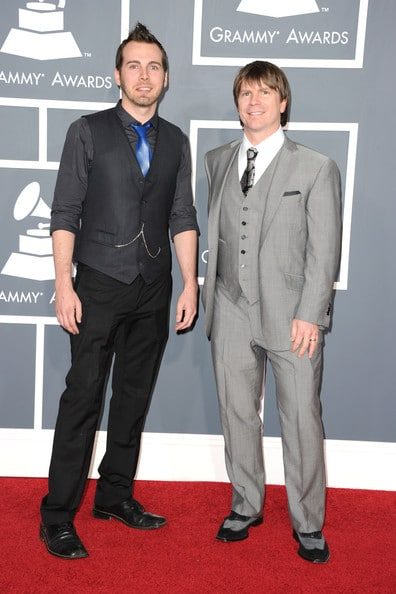 There’s nothing more surreal than being at an event where you’d always hoped to be at since you were a little kid. It’s an overwhelming feeling that’s hard to put into words. It was a night where I wish I had superhuman powers to make the night travel into slow-motion. Blinking eyes were not welcomed….

Loved most of the Grammy performances. I think Usher had one of the better performances of the night. Performance wise, he’s this generation’s version of Michael Jackson.

Also loved Lady Gaga’s Grammy speech. Not exactly sure why she thanked Whitney Houston in it, but still felt more sincere than the rest… by the way, the song she performed earlier oddly sounded a lot like Madonna’s “Express Yourself” Maybe she should have been thanking her instead.

One thing that felt really out of place and just plain awkward was that infomercial about the Grammy “music schools”. The whole thing was just uncomfortable to watch and felt forced. Why do it during the show? Add it as a commercial or something.

I ended up receiving a Grammy for “Best Rap Album” as an engineer/mixer for Eminem’s album “Recovery”. I’m still a little bit shocked that Eminem didn’t win Album of the Year. Not trying to take anything away from Arcade Fire as I’m a big fan, but it really felt like this was Eminem’s year. I guess there’s always 2012.